Historical note: This page was originally written in summer of 2009 and published internally at Google, after one too many people asked Kenton questions like "Who else from protobuf-team should I invite to this meeting?" or "When will protobuf-team implement my feature request?" At the time, Kenton was officially assigned to search infrastructure, though he had been working on Protobufs basically full-time for a year or two, including doing most of the work for the July 2008 open source release. In fall of 2009, Kenton became officially full-time on Protobufs, although he remained the only person working on it full-time. In spring of 2010, with encouragement from management, Kenton transferred to a new project, leaving no one on the Protobuf team. In fall of 2010, a new team of four people was formed to work on Protobufs, and that team remains mostly intact today. Meanwhile, Kenton left Google in early 2013 and is now co-founder and lead developer of Sandstorm.io, where he is much happier. 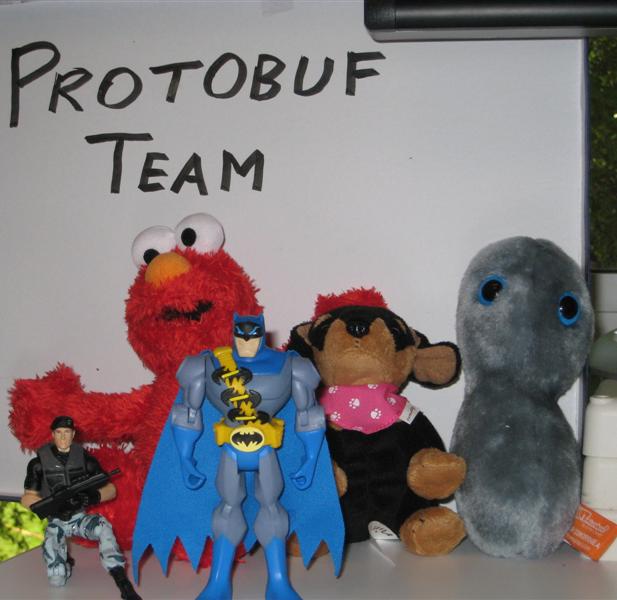 Note: This is satire. Kenton has not gone crazy. Yet.